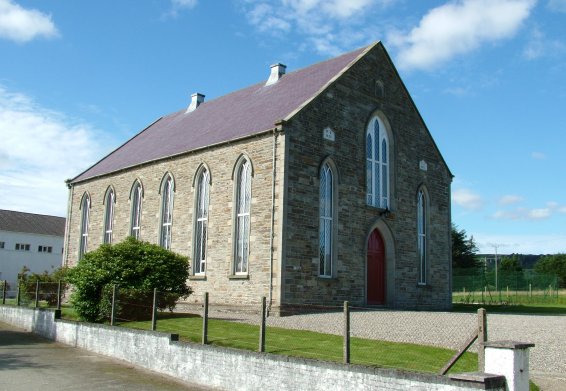 In the early seventeenth century a Scottish colony was established in the Bready area under the patronage of the Abercorns, owners of the manor of Dunnalong. When the settlers arrived the nearest church was at Old Donagheady. This church was in roofless in 1622, but some time after this was restored and used as a Protestant place of worship. It was destroyed again in the Rebellion of 1641 when the minister was fatally wounded.

The first Presbyterian minister in Donagheady was John Hamilton, a Scot, who arrived in the 1650s. At the Restoration of 1660 Hamilton refused to conform to the practices of the Church of Ireland and was forced to live as a virtual outlaw. For a number of years Presbyterians were severely persecuted by the authorities and Hamilton was forced to preach in secret to small groups of followers.

A local tradition is that Presbyterians used to meet in a secluded spot surrounded by trees at the Wood near Magheramason. In 1667, nineteen Presbyterians from Donagheady were excommunicated by the Church of Ireland bishop of Derry. By 1670, however, the restrictions were more relaxed, and in 1672 the Presbyterians of Donagheady were allowed to build their first church in the townland of Altrest.

Hamilton continued to minister at Donagheady until his death which took place in Derry in 1689 during the siege. According to one story, a small gravestone, now lost, in the north-west corner of Grange graveyard bore the name of the Rev. John Hamilton. Whether he was actually buried in Grange is an open question since the gravestone may have been to his memory only and not necessarily marking where he was laid to rest. His successor, after a fairly long intervening period, was Thomas Wensley who was ordained on 16 January 1699. After the service in the church, business was concluded in the tavern in Drumgauty, not far from Grange graveyard. This tavern was still in existence in the early nineteenth century and was known as Molly Kelly’s. 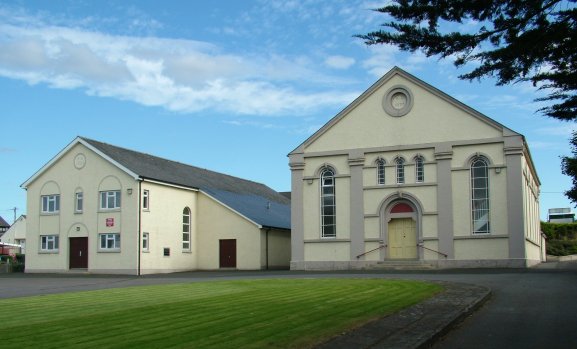 In the 1870s Presbyterians living in the Magheramason area began a campaign to have their own congregation. In August 1877 work began on a meeting house at Magheramason on a site granted by the Duke of Abercorn before a congregation had been formally constituted. In June 1878 the General Assembly of the Presbyterian Church agreed to the establishment of a congregation there. The opening service in the new church, the construction of which was almost entirely due to the efforts of the people of that area, took place on 17 November 1878, and the following year the Rev. Thomas Boyd was ordained its first minister. The manse was built in 1889. A hall was built alongside the church in 1959. 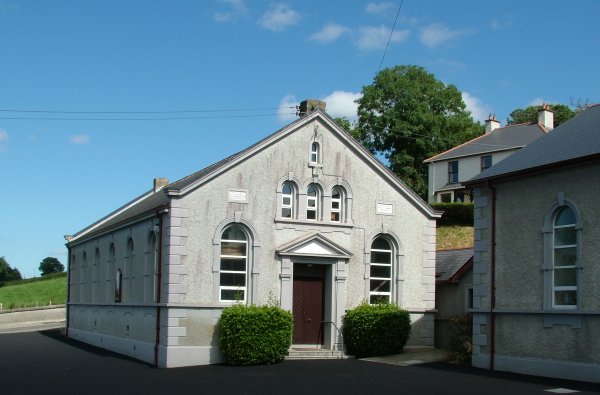 The Covenanter or Reformed Presbyterian Church established itself in the area immediately north of Strabane in the middle of the eighteenth century. Before it was organised on a more formal basis its adherents met in small societies scattered across the countryside. There were a number of societies in the Bready area and in May 1765, at an open air service near Mountcastle, William James of Faughanvale was ordained minister of a Covenanter congregation which covered a large area of the Foyle Valley. A few years later a meeting house was built on the site of the present church. During a Sabbath service in 1786 this building collapsed, fortunately without anyone being injured. A new meeting house was quickly erected in its stead. This building was replaced in 1923 during the ministry of the Rev. Thomas Hanna. The size of the congregation of Bready Reformed Presbyterian Church increased substantially in 1990 following the closure of the church in Clarendon Street, Londonderry, and the removal of its members to Bready. 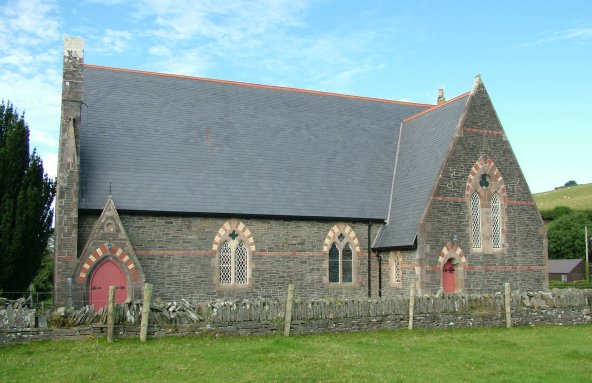 In the early 1830s there was some agitation to have a church built in the lower part of the parish of Donagheady and a deed of 20 June 1832 survives by which the marquis of Abercorn conveyed to Andrew Dunn of Glennagoorland and James McElhenny of Lisdivin, churchwardens of the parish of Donagheady, an acre of ground in the townland of Drumgauty for a church. Nothing more is known about this proposal. In the early 1860s there were renewed requests for a church to be built in the lower part of the parish of Donagheady. Finally a decision was made to create the perpetual curacy of Dunnalong. The bounds of the perpetual curacy corresponded very closely to the bounds of the manor of Dunnalong. It was also agreed that the perpetual curate of Dunnalong was to be paid a salary of £80 per annum. The Church of St John was built in 1865 in Drumgauty at the junction of the main road and the Dunnalong Road on a plot of land formerly leased by James McGettigan. The cost of building the church was covered by a grant from the Ecclesiastical Commissioners and by public subscription. It was designed by Welland and Gillespie, architects for the Ecclesiastical Commissioners. The church is remarkable for its steeply pitched roof and is one of the landmarks on the main road between Derry and Strabane. The first perpetual curate was Frederick James Clark who had previously been curate of Donagheady.