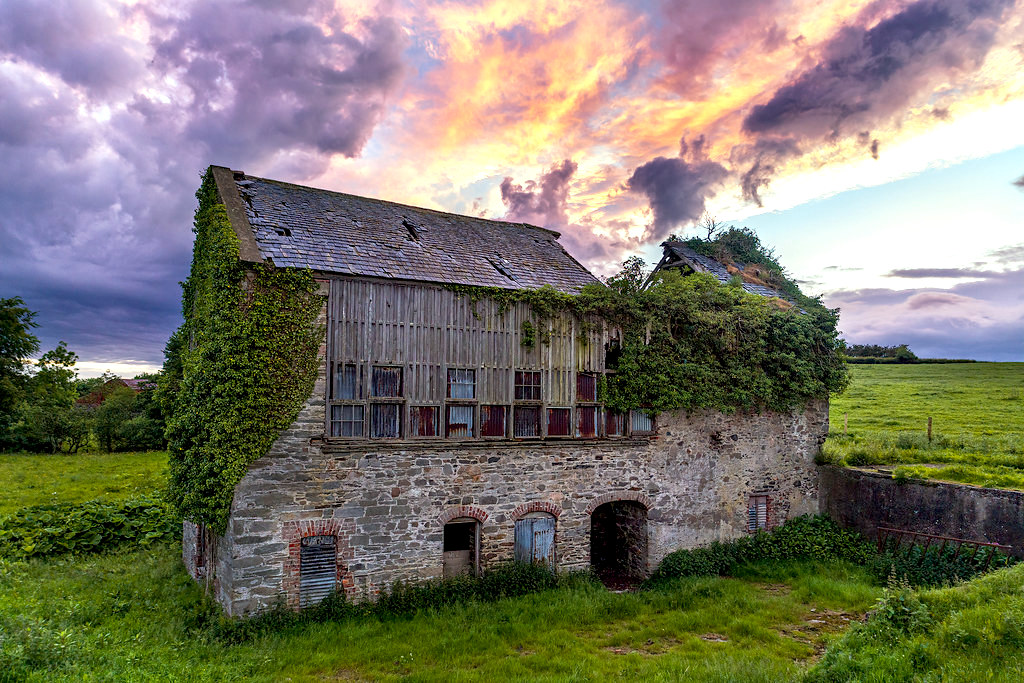 Rural industry has all but disappeared from the Bready area, but it was not always so. The rivers Dennett and Glenmornan, together with a number of smaller waterways once powered numerous mills of varying descriptions. The earliest written record of a mill in the area comes in the 1622 survey of the Plantation which mentions a stone water mill in the manor of Dunnalong. It is likely that this mill was in the townland of Milltown (Burndennet). Another corn mill was in the townland of Magheramason. It was in use from at least the 1750s and continued to grind corn until the first decade of the twentieth century.

At the beginning of 1778 a new corn mill was built in the townland of Drumgauty. The mill had been built by Michael Cary of Prospect at a cost of £125. The mill building was 33 feet long and 24 feet wide and at the corners about 12 feet high ‘from the foundation to the eves’.  It was ‘well timbered and pretty well thatched’. The venture did not prove as profitable as Cary had envisaged and soon afterwards he decided relinquish control of the mill. The mill then passed through a succession of tenants. One of them, Bryan Kearney, fled to Derry with the intention of sailing to America when he got into financial difficulties. The McCrea family then took over the running of the mill though they too found it difficult to make money from milling. The mill was also hampered by a poor water supply.

In the period 1806-10 Drumgauty mill formed part of a protracted and complex dispute between the Marquess of Abercorn and the McCreas which eventually saw the McCreas evicted from Drumgauty.  In the 1850s the corn mill in Drumgauty was owned by William Smith. The mill itself worked ‘occasionally from Nov. till Feb. every year’. There was one additional comment of interest: it was noted that the occupier was unwilling to give further particulars about the mill. Presumably this was because Smith was worried that the mill would be given a higher rateable valuation than he was prepared to pay.  The corn mill did not operate for much longer and in 1881 was described as being ‘in ruins’. Virtually nothing now survives of it.

Milling and bleaching at Burndennet

In November 1756 John McCreery became the tenant of the corn mill at Burndennet. McCreery was keen to expand his milling concern, and in 1759 he built a flax mill. In 1764 it was reported that he had ‘built a bleach house and is erecting a bleach green in the holme above the mill with intent to bleach for the country.’ However, the expense of maintaining these various enterprises proved too much for McCreery and he ran into serious debt. By 1782 he owed £300. Not long afterwards McCreery was forced to sell his interest in the holding to Nathaniel Edie, a member of a well established family from the Newtownstewart area.

Edie laid out a large sum of money on repairing the bleach mill, which had fallen into disrepair, and also on rebuilding the corn mill on a more convenient site. It was later reckoned that Edie had spent £1000 on the new corn mill. In 1791 a dispute arose between Edie and Abercorn over whether the former could have a place to settle on in Burndennet. Edie was keen to build for himself a residence at Burndennet, on which he was prepared to lay out between £300 and £400. His principal motivation for doing this was to put a stop to the £10 to £30 worth of cloth that was stolen from his bleach green every year. The house which Edie built at Burndennet was known as Thornhill; it was recently demolished. 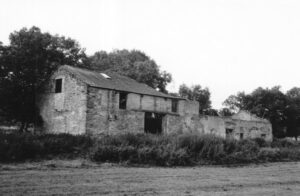 By the 1840s the Edies were leasing the bleaching concern to Francis O’Neill who lived at Mount Pleasant in the neighbouring townland of Gloudstown. Some time after this the bleach mill at Burndennet had been converted to a flax mill. The decline of the bleaching concern at Burndennet had a knock on effect on the fortunes of the Edie family. In the late 1850s their outbuildings were described as ‘all going to ruin and the grounds neglected’. On Francis O’Neill’s property in Gloudstown it was noted that there was a ‘large office on [property] 1 which was formerly used in connection with a bleach green and which is now useless; consequently the value of the buildings are kept low’. The corn mill at Burndennet ceased working about 1890. Today derelict buildings are all that remain of this once flourishing business.

Another of the industries practised in the Bready area in the eighteenth and nineteenth centuries was brickmaking. In 1751 there were three brick fields in the area: one kept by James Paterson at Dunnalong, another by William Hamilton of Drumgauty and a third worked by John McNielly of Gortmessan. Brickmaking continued to be an important industry in the area until the middle of the nineteenth century. The 1st edition Ordnance Survey map of 1834 shows a large brick field in Tamnaclare on the edge of the River Foyle.

There were once numerous quarries in the Bready area. Most of these were slate quarries. The largest was in the townland of Sollus. An old shaft, formerly in connection with this quarry, survives, but its entrance is now blocked by rubbish.

In the early twentieth century a group of farmers in the Bready area decided to form a co-operative society and establish a creamery. The co-operative society took the name Dunnalong and in July 1903 a deputation from this society met with the committee of the Leckpatrick Co-Operative Society to discuss proposals to build an auxiliary creamery at Dunnalong which would be worked as a branch of the Leckpatrick creamery. The deputation from Dunnalong comprised William Rankin, Joseph Sayers, James Lowry, A. McClements, Charles McGettigan, John McClure and Charles Roulstone. At a meeting held on 24 April 1904 an agreement was finally reached approved. The first manager of Dunnalong creamery was A. J. Wellwood. He was succeeded by Thomas Kearns who was paid £1 a week as manager. The minute books of the Dunnalong Society have not survived and so we know little about its formation and history. Dunnalong Creamery is sadly no more, closing in the 1980s. The last manager was John McClintock. The buildings are now used as the office and store of Andy Olphert’s plumbing business.